From WebTV Wiki
Revision as of 21:45, 10 February 2022 by imported>HM (Added extra info about manufacturing dates for SOLO1 WebTV units from HelloMumble's box which was manufactured in April 1998 (with my box having been manufactured in June 1998 which contains the SOLO3))
(diff) ← Older revision | Latest revision (diff) | Newer revision → (diff)
Jump to navigation Jump to search

Solo is a custom-made enhancement ASIC introduced with the release of WebTV Plus units in 1997. It was announced by WebTV Networks and the press to offer 3D capabilities, image enhancement, picture-in-picture, and compositing of multiple video feeds. [1] The chip was named after a German shepard WebTV founder Steve Perlman owned. Not much else is known about it or how it works at the moment.

Capabilities of the WebTV Solo chip include: 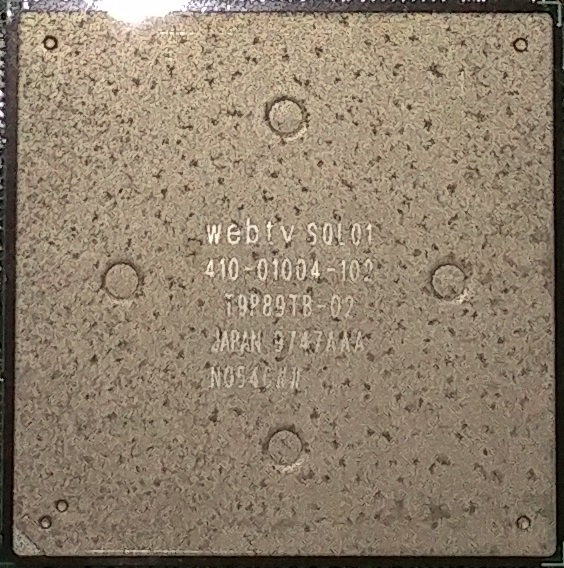 SOLO1 chip on the INT-WJ200 motherboard 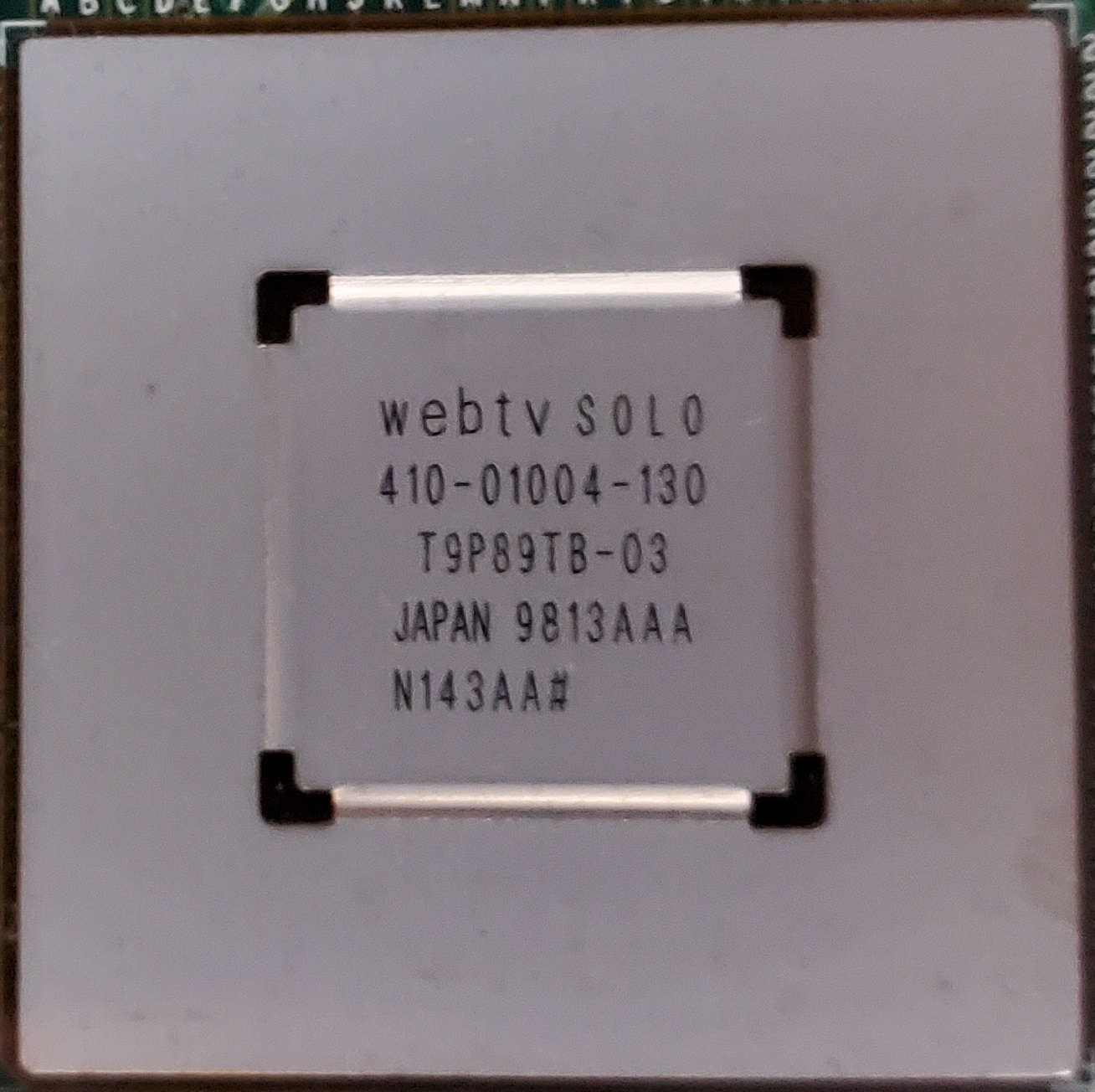 There are three known versions of the Solo chip:

In 1999, plans were made by Microsoft to design a successor to the Solo chip that would be used on hardware developed for the DVR-focused iteration of WebTV, UltimateTV. New features introduced with this version of Solo are primarily focused on introducing DVR capabilities, including being able to process several video streams at once, allowing users to record several shows at the same time, and adding a DAC to display digital video content directly on a television. Toshiba would be responsible for manufacturing the Solo2 chips.

No other information about the Solo2 chip and its improvements compared to the original Solo have surfaced as of yet.