Picture of MSN TV 2 unit with included keyboard and remote

MSN TV 2 (stylized msntv 2) was the last major upgrade to the WebTV/MSN TV line of products. It was announced to be in the works by Microsoft around mid 2004, when it was codenamed the "Deuce". It was officially released October 2004, with a price tag of $199.95 for the product itself, and $21.95/mo or $199.95/yr for MSN TV access through dial-up ($9.95/mo or $99.95/yr for those wanting to use the broadband plan). Its main selling points were broadband support and media streaming capabilities, the latter being a far cry from the original WebTV product's focus on internet access through the television.

The MSN TV 2 is essentially a budget PC in set-top box form. The unit now runs on x86 as opposed to MIPS like with first-gen WebTV/MSN TV units, utilizing a 733 MHz Intel Celeron processor. Storage resides on a removable 64 MB CompactFlash card in the unit, where it will boot the OS from, and MSN TV 2 units now have 128 MB of RAM, a massive improvement from the previous generation of boxes. Firmware is based off of a custom version of Windows CE with the browser being a custom-built version of IE6 made for TV displays. The unit itself has both a telephone and Ethernet jack for dial-up and broadband capabilities respectively, composite video and S-Video outputs, and two USB ports for compatible USB devices. Among those compatible devices are select wireless Ethernet (Wi-Fi) adapters, memory card readers, and while unknown to most and not covered on the official MSN TV site, external keyboard and mice, making the MSN TV 2 the first (and only) WebTV/MSN TV device to have support for mice at all. The MSN TV 2's specs is comparable to that of an original Xbox, but with twice more RAM, no dedicated GPU or audio processing, and way less storage. Coincidentally enough, many of the original WebTV/MSN TV team members later went to work on the Xbox 360 with Microsoft's Xbox division.

MSN TV 2 functionality-wise is similar to the first generation of WebTV/MSN TV units. You use the keyboard and remote/mouse to navigate and supply input to pages. This time around, though, MSN TV 2 now ditches the concept of an on-screen keyboard, essentially requiring the user to use the physical keyboard for text input. The unit still requires you to sign up for the MSN TV service to be able to use it in any capacity. This service on the MSN TV 2 is similar to and loosely connected to the original MSN TV service, but overall is very different in looks and capabilities. The services offered by this service isn't all too different though, offering things such as e-mail, instant messaging, discussion groups, info centers, and more.

Since the MSN TV 2 utilizes more powerful hardware and software compared to its predecessors, it introduced many improvements and new features, which include but aren't limited to:

Photo, video, and music playback can also be used while offline, but those require the box to have already been subscribed and logged in to the MSN TV service.

It's known that the MSN TV 2 ported over some features originally introduced in the first generation WebTV/MSN TV products, including the original MIDI engine and the ability to play background music as you surfed. What songs were offered by the service for the latter feature is currently unknown. E-mail us by using the link on this wiki's sidebar to get in touch with us if you have any information on this.

Starting in the mid 2000s, it appears that at one point in time, almost everyone and their grandma could buy an MSN TV 2 unit second-hand from any auction site, such as eBay, for cheap. The reason for them being sold for cheap at the time isn't exactly easy to guess, but with the discovery of being able to hack the units into cheap Linux boxes, it helped make the cost of performing it quite affordable. Nowadays however, it appears as if MSN TV 2 units are simply more rare to find, with 1 or 2 new listings popping up once in a blue moon on eBay at least. Some can go for ridiculous prices, though, with one listing in particular for a boxed unit being observed at a price of around $50. The cheapest you'll be able to get as of writing are listings for units starting around $20-$25 on eBay, but anyone can potentially find them on other auction sites or in actual shops such as thrift stores.

When the MSN TV 2 came out, that seems to have marked the start of the WebTV/MSN TV hacking scene's disbanding. It appears as if most scene hackers simply lost interest and left long before the MSN TV 2's introduction, but some such as MattMan simply did not like the MSN TV 2 and felt that it was the "end of an era". WebTV scene member zefie seems to have been the only person to ever do any sort of hacking with the MSN TV 2 service and hardware. His contributions include extracting the system sounds and some of the HTML and scripts used for system functionality, and exploiting the MSN TV 2 ActiveX controls on remote web pages. What remains of these endeavors has been archived on zefie's archive site, but beware, on the particular site this is currently hosted on, without an ad blocker you'll get rammed with ads when browsing the directory and trying to access files: https://archive.midnightchannel.net/zefie/files/msntv2/.

Other than that, the most the MSN TV 2 got in terms of hacks was being able to run Linux on it, which is a feat in itself, although methods to do this as of writing involve files you can't easily get anymore, and they may not work with more modern versions of the Linux kernel.

The CompactFlash card used for storage by MSN TV 2 units is FAT16-formatted and usually has 3 partitions present. The first partition is used exclusively to store the NK.BIN firmware and files used during the boot process. The second partition stores the browser cache, crash logs, and has an "updates" folder for some reason. The third partition stores all system and user configuration. 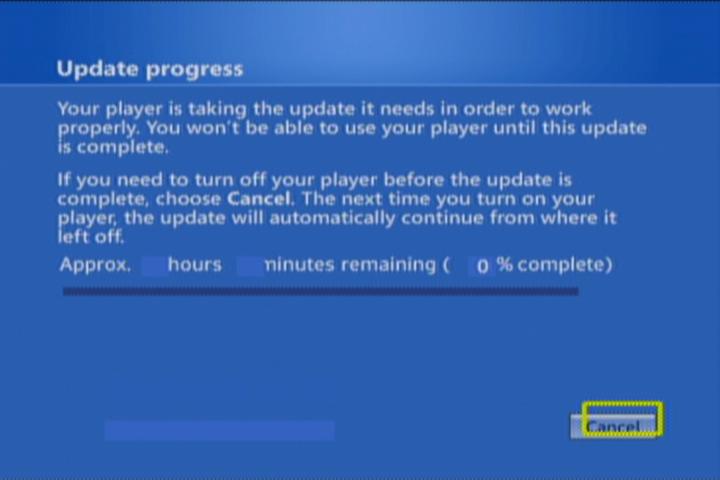 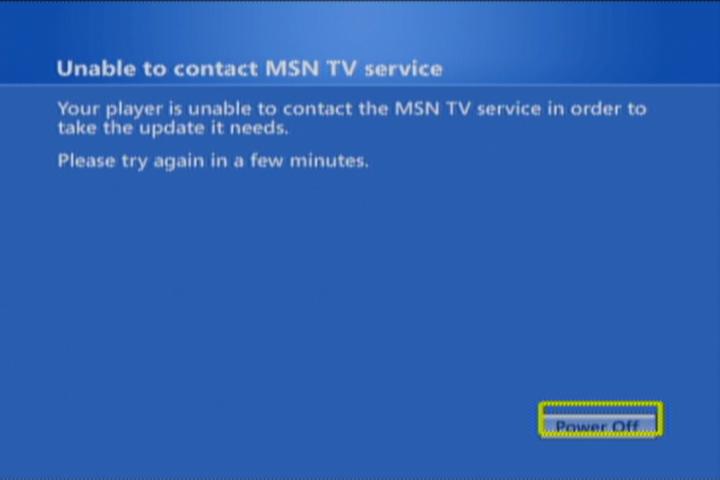 This renders any factory unit useless unless it is able to download firmware onto itself. Since the official MSN TV service has been discontinued for almost a decade by now and there is no information or data regarding firmware updates on the MSN TV 2, flashing firmware through normal means is almost impossible. For the sake of preservation, we're interested in obtaining backups of the downloadable firmware updates and information on how MSN TV 2 updates were downloaded. Check out the Wanted link on this wiki's sidebar for more information.

MSN TV 2 supports SSL without having to connect to servers to download root certificates like first-gen WebTV/MSN TV is speculated to. So far the certificate stores are assumed to be in the NK.BIN boot image stored on the CompactFlash card as XIP files "msntvcerts.p7b" and "sysroots.p7b", which contain several root certificates from Microsoft and other vendors. Depending on the firmware version your MSN TV 2 box is running, it'll either use SSLv3 or TLSv1 to perform HTTPS requests. It is known firmware version 4.2.5128 supports SSLv3 exclusively, and version 5.6.7021 supports TLSv1.

This section covers all known releases of firmware and service revisions that we are able to catalogue. This by no means is an iron clad list of all firmware/service releases nor is all the information on them complete. If you have information pertaining to either firmware or service releases that we don't have listed here, then please send it over to us!

Not much is known about the underlying service MSN TV 2 used at the moment. From what we've been told, the MSN TV 2 service ran on IIS servers, with HTTP/HTTPS requests being performed between the service and boxes, and XML being used when necessary. If you have information, protocol captures, or assets from any part of this service, then feel free to send it over to us so we can document and archive it for years to come.

On new boxes, the MSN TV 2 will attempt to send a GET request over HTTPS to web address https://headwaiter.trusted.msntv.msn.com/connection/kickstart.aspx when starting to register for the MSN TV service. From the domain name we can assume the URL has a function similar to the first-generation WebTV/MSN TV headwaiter, which handled login requests from boxes. The reqeust sent to this URL from an MSN TV 2 unit does not appear to contain any special headers or HTTP body data that would help with the registration process, and it's assumed specific data from this URL would have to be sent by the server to get MSN TV 2 units to send specific data of its own. Not much else is known aside from this for now.

The core MSN TV 2 services were hosted on web servers, with their domain names taking on the format of either "sgX.trusted.msntv.msn.com" or "sgX.msntv.msn.com", X being a number from 1 to 4. This wiki will refer to these services as "SG" servers. Our best guess for what "SG" stands for is "service gateway", as these servers are assumed to offer core MSN TV 2 services such as login, mail, and discussion groups, through normal HTTP(S) requests. The first domain name is for SG servers operating over HTTPS, and the second one for SG servers operating over plain HTTP. There are also special prefixed versions of the domains for e-mail and synchronization services, those currently known being "mail-sgX.msntv.msn.com" and "sync-sgX.trusted.msntv.msn.com".